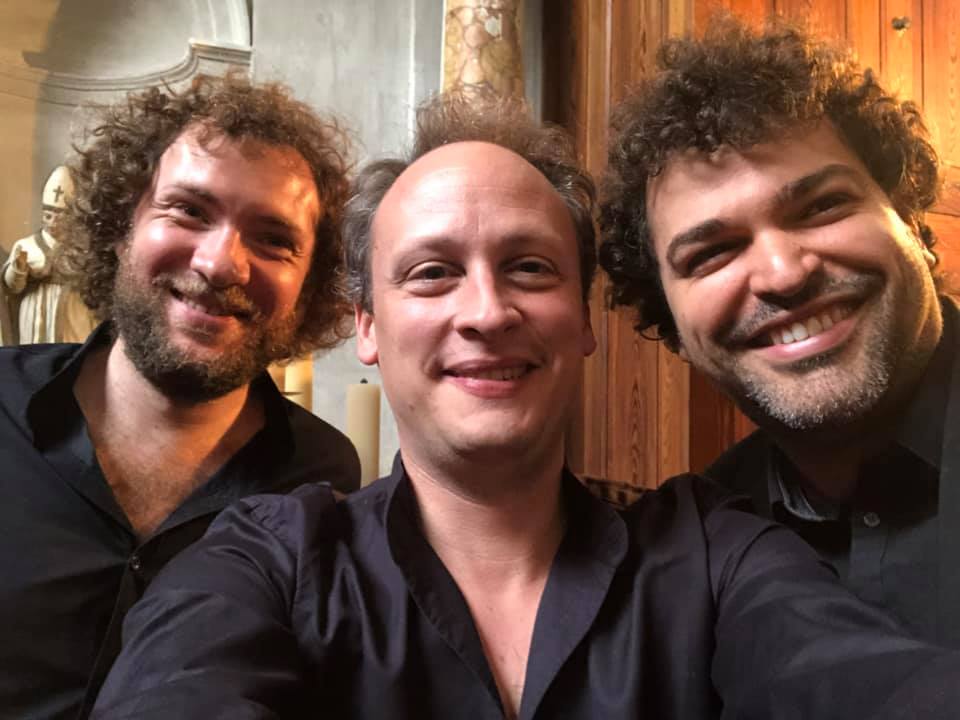 Insatiable artist, with a discography of more than twenty records, Pierre Fouchenneret dedicates several years of his life to the work of a composer, surrounded by the most beautiful chamber musicians to, most often, to engrave a integral. In 2016, he recorded with Aparte the complete Beethoven sonatas for violin and piano with Romain Descharmes. In 2018, the first volume of a complete chamber music by Gabriel Fauré with Simon Zaoui and Raphaël Merlin. He also launches with the Strada quartet, Eric Lesage, Florent Pujuila, Adrien Boisseau ... in the crazy project of playing all the chamber music of Brahms. The complete album is published by B-Records during the 2018-2019 season.

A child prodigy, Pierre Fouchenneret won his first violin and chamber music prize at the CNSM in Paris at the age of 16, then won the Grand Prize of the Bordeaux International Chamber Music Competition, the Georges Enesco Grand Prix of Sacem, and became laureate of the Natixis Foundation and associate artist of the Singer Polignac Foundation.

Gourmet and complete artist Pierre Fouchenneret is recognized by French and international orchestras for his daring and his vision of the repertoire. He has been invited by the Orchester de la Suisse Romande, the Suzhou Symphony Orchestra, the Orchester National de Bordeaux, the Philharmonic of Brno, the Nice Philharmonic, the Baltic of Saint Petersburg, the Chamber Orchestra of New Aquitaine . 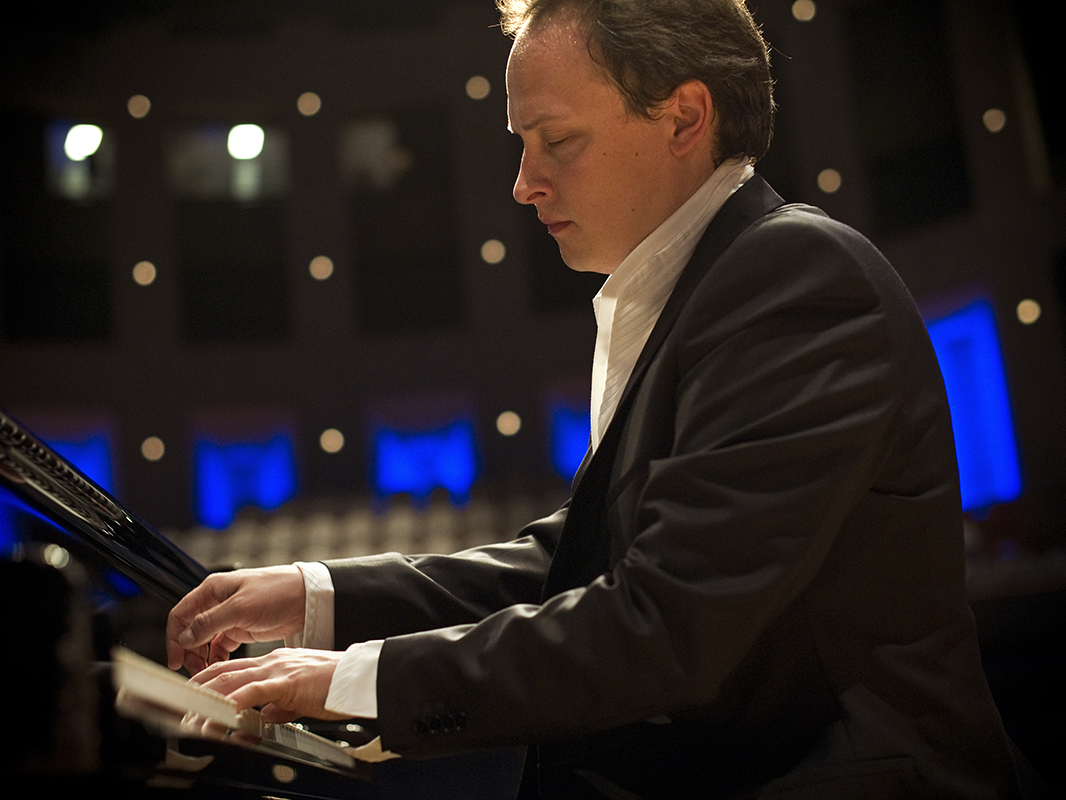 Born in 1980, Romain Descharmes was awarded the First Grand Prix in 2006 at the Dublin International Competition.
He performed in recital on several prestigious stages: Carnegie Hall in New York, Wigmore Hall in London, National Concert Hall in Dublin, Tsuda Hall in Tokyo.

In May 2012, he made a remarkable debut with the Orchester de Paris, which reinvents him for concerts in the 13/14 season.

He regularly collaborates with the Palazzetto Bru Zane. Last season, as part of their programming, he was notably in Rome, Paris and Venice.

Pianist sought as a chamber musician for his listening, his sensitivity and his wide knowledge of the repertoire ranging from sonata to large formations, he performs with artists such as the Ebène Quartet, Sarah Nemtanu, Henri Demarquette, the Berliner Philharmoniker Quintett, the Diotima quaturo.

This season (12.13), he recorded the First Piano Concerto by Marie Jaëll with the Lille National Orchestra conducted by J. Swensen - which they had (re) created together in June 2012 as part of the Lille Piano (s) Festival -, he is invited to come to play, Salle Pleyel in Paris, in Leipzig, in Toulouse with the National Orchestra of the Capitol directed by Tugan Sokhiev, with the Qatar Philharmonic Orchestra under the direction of Marc Minkowski.

His first record recorded in London, at Claudio Records, is devoted to Brahms.

He then recorded a Ravel record at Audite, which received praise from French and international critics.

An eclectic musician, Romain Descharmes is part of the group Quai n ° 5 with which he has recorded 2 albums at Decca-Universal and has performed on the biggest Parisian venues (Le Bataclan, La Cigale, L'Européen, Café de la Dance).

After studying at the CNSMDP where he obtained, with honors, 4 Awards and Diplomas of Higher Education (piano, chamber music, piano accompaniment and vocal accompaniment) especially in the classes of Jacques Rouvier, Bruno Rigutto, Christian Ivaldi, he continues his training in the development cycle. In this context, he recorded a CD dedicated to composers of the early twentieth century that led him to receive the advice of Pierre Boulez.

At the same time, he is very involved in pedagogy and transmission and is a piano teacher at the CRR in Paris. 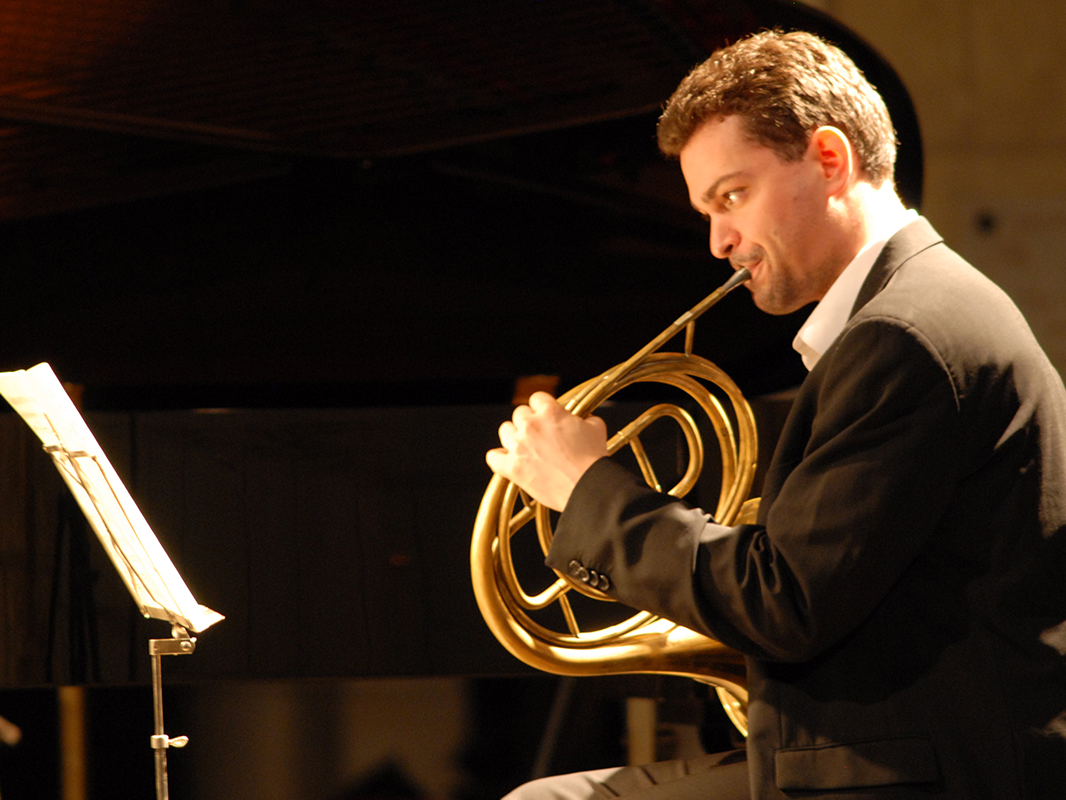 Alongside a brilliant career as a trumpet player (first prize in the Maurice André competition, first prize at the ARD Munich competition, instrumental soloist of the year at the Victoires de la Musique in 2004 and 2007), David Guerrier studied horn at the CNSM in Paris. Lyon in the Class of Michel Garcin Marrou then at the Universität für Musik Wien in the class of Roland Berger. He will be solo horn of the Orchester National de France from 2004 to 2009 and of the Luxembourg Philharmonic Orchestra from 2009 to 2010. He teaches horn since 2006 at CNSM Lyon.