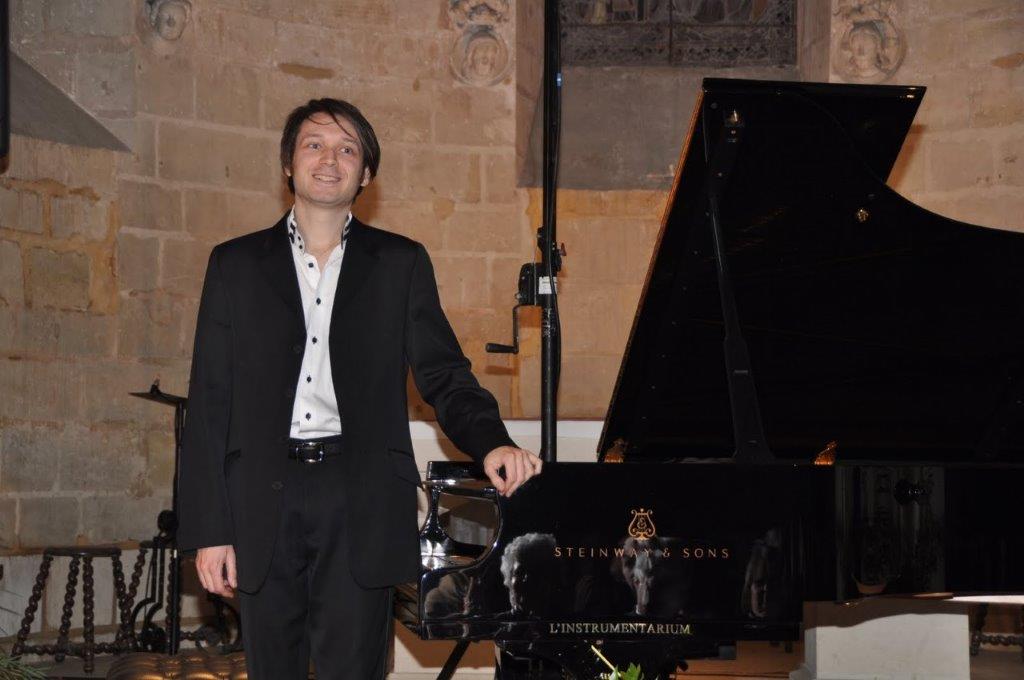 "Guillaume Coppola is a real talent. His very Romantic finesse and sensitivity set him among the elite of today's young pianist"(Altamusica, January 2013).

His ability to choose and follow his own path has charmed and fascinated audiences ever since his arrival on the music scene. His CD "Franz Liszt - a portrait" was acclaimed by the media: Diapason d'or (magazine Diapason, ffff (Télérama), Selection 2009 (Le Monde), Coup de coeur (Académie Charles Cros) etc. In 2011, the magazine Classica named him as the one of the 10 stars of tomorrow, and in 2011 BBC Music Magazine described his playing, in an "impressive recital, as scintillating, enigmatic and stunning".

After that, everyone expected him to continue in the great Romantic repertoire, but he sprang a surprise with an album devoted to Granados, Danzas espanolas, which was again unanimously applauded."Maestro" from the magazine Pianiste, "Soleil" from Musikzen, high ratings in Diapason and Classica etc... In a portrait entitled "un piano de soleil", the critic for La Croix wrote: "Like a second film for a film maker or  a secon book for a writer, a second CD is particularly important in a musician's career. And this young pianist passes the test with flying colours! His second recording is overflowing with the same beneficial poetic clarity already noted in his first CD - a maserpiece - devoted to Franz Liszt."

His talent has been heard in about twenty countries worldwide, from prestigious European venues such as Amsterdam Concertgebouw, the Prague Rudolfinum, the Bratislava Philarmonic or the Liepaja international Piano Stars Festival, to South America and Asia (Shanghai and Xiamen) - not forgetting his native France, of course, where he has played at the Salle Pleyel ad the Opéra Garnier in Paris, and has taken part in many major festivals, including the Chopin Festival in Paris, Orangerie de Sceaux, Piano aux Jacobins, Radio France /Montpellier, Folle journée de Nantes, La Roque d'Anthéron, Solistes aux Serres d'Auteuil, Lille Pianos Festival, Festival de Nohant, and so on ...

Guillaume Coppola shows keen curiousity and impressive versatility. He has taken part in productions combining narrative and music, with the actors Marie-Christine Barrault, Didier Sandre and François Castang. He also works with composers and has given the world premières of works by Steven Stucky, Gao Ping and Isabel Pires. The latter dedicated her piano work Ombres in 2007.

His training led him to Bruno Rigutto's class at the Paris Conservatoire (CNSM), then, after winning Premiers Prix for piano and chamber music, he followed numerous masterclasses in France and abroad. He was invited by the International Holland Music Sessions to take part in the New Masters on Tour concert series, and he has been awarded the Cultures France/French Government Declic Prize and first prize from the Lion's Club, the Fondation de France and the Cziffra Foudation.