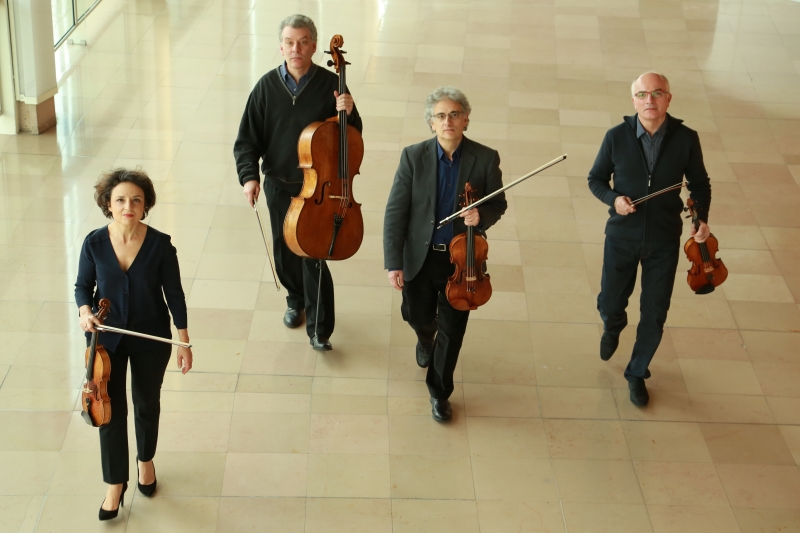 "The strength of their ensemble is obvious. Tonally the Rosamonde are very much a unit : balance is finely judged, and quality of colour and the intensity are clearly arrived at through a communal decision. In Faure Quartet, this rich validity was impressive. In the Debussy, they showed a really exceptional command of the ebb and flow that so often characterizes Debussy's handling of tempo."

The members of the ROSAMONDE STRING QUARTET (formed in 1981) studied together at the Paris Conservatoire (C.N.S.M) where they all graduated with Premiers Prix.

As a quartet they trained at the Paris Conservatoire and Yale University. Their meeting and friendship with Raphael Hillyer, who was violist for 25 years with the Juilliard Quartet, was decisive: it was he who introduced them in their early years to the Tanglewood Festival in the United States. From Eugene Lehner, violist of the Kolish Quartet and a friend of Schoenberg and Bartók, they received the heritage of the teaching of the great Viennese masters of the early twentieth century.

It appears regularly in the United States and in the great European concert halls, including the Mozarteum in Salzburg, London's Wigmore Hall, Bruckner Haus in Linz and the Théâtre des Champs-Elysées in Paris.

Critics worldwide have hailed "the beauty of its tone", " the precision of its style", "the refinement and elegance of its phrasing, directly inherited from the french school of quartet playing".