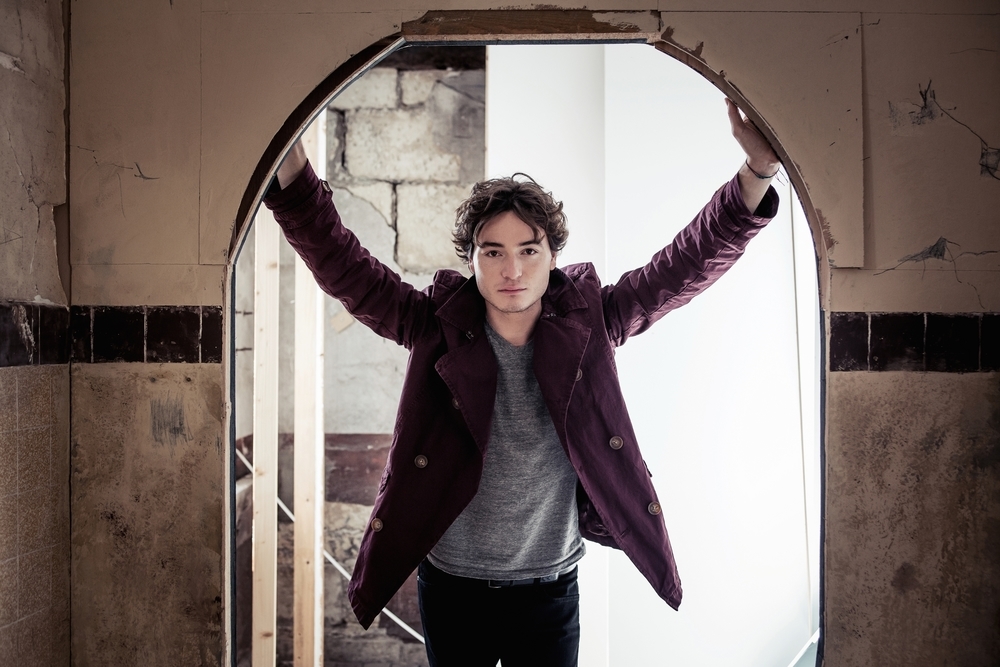 Thomas Enhco, born in Paris, France in September 1988, is a French pianist and composer (jazz and classical music). He starts playing the violin and the piano at the age of 3, gives his first concerts and writes his first compositions at 6. At the age of 9, Didier Lockwood invites him to perform on stage with him at the jazz festivals of Antibes Juan-les-Pins, Vienne and Marciac.

He studies jazz at CMDL and classical piano with the great master Gisèle Magnan. At 16, he enters the Paris Conservatory (CNSMDP), from which he is expelled two years later. Since then, he has released 8 albums as a leader and has been playing an average of 100 concerts per year around the world, both in classical and jazz venues and festivals.

His first album Esquisse, written and recorded at the age of 15 with his trio (and featuring drums-legend Peter Erskine) comes out in 2006. Thomas becomes then Laureate of Fonds d’Action SACEM.

In 2008 he is spotted by the great Japanese producer Itoh “88” Yasohachi, who makes him record three albums (Someday My Prince Will Come, The Window and the Rain in Japan and Jack and John with Jack Dejohnette and John Patitucci at Avatar Studios in New York) and invites him for ten tours in Japan, in solo, duo and trio.

In 2012, he moves to New York where he plays in jazz clubs and collaborates with many artists, and he releases this same year on Label Bleu his self-produced album Fireflies (winner of Victoires du Jazz 2013).
In 2014 he signs with Universal Music and records for label Verve his solo piano album Feathers (nominated for « Best album » at Victoires du Jazz 2015).

Parallel to his jazz career, Thomas Enhco develops in the classical music world. In 2016 he releases on legendary label Deutsche Grammophon the album Funambules, in duo with percussion virtuoso Vassilena Serafimova. Their explosive duet without borders tours worldwide and wins the 2nd Grand Prize at Osaka International Chamber Music Competition in 2017 (Japan).

As a composer, Thomas Enhco has written more than 100 works and regularly gets commissions from orchestras, chamber music ensembles, soloists, choirs and festivals.
He has notably composed a Concerto for Piano and Orchestra and a Double Concerto for Piano, Marimba and Orchestra (premiere in February 2019) for the OPPB Orchestra, four pieces for pianist Lise de la Salle (album Bach Unlimited, Naïve 2017), a suite for Brass Quintet and Piano (for Local Brass Quintet — album Stay Tuned, Klarthe 2019), a piece for Choir and Piano (for Spirito Choir)... He has also composed the credits of radio shows "La Récréation" and "Le Grand Atelier" on France Inter, and two film scores: Aux Arts Citoyens by Daniel Schick (2010) and Les Cinq Parties du Monde by Gérard Mordillat (for which he wins the 2012 FIPA d'Or for Best Original Score).

The Philharmonie de Paris features him regularly, equally as a jazz and as a classical artist, and offers him a "carte blanche" at the 2017 Jazz à la Villette festival, features him at its weekend around Bach and as a soloist in his own Concerto and in Ravel's Concerto in G in 2018. In 2019, he will participate in the performances of the complete Piano Etudes by Philip Glass, with the composer.

He is invited by the main French television and radio shows (C à Vous - France 5, Quotidien - TMC, Le Grand Échiquier, Fauteuils d'Orchestre - France 2...) and his recordings and concerts are praised by the national and foreign press.
As an educator, he gives masterclasses on improvisation, teaches jazz (piano and violin) at CMDL and since 2018 writes the jazz section of bi-monthly magazine Pianiste.

Since 2013, Thomas Enhco is supported in his projects by Fondation BNP Paribas.